I am writing in response to your email below about what you need to do to become a pilot in Virginia. The first step is to study hard in school. The classes you take in elementary, middle and high school will give you a good foundation in the many different subjects that will help you to become a pilot.
First up is English, to be a pilot in the United States you must be able to read, write and speak the English language. It's really important when you are talking on the radio, to Air Traffic Control or other pilots, that you are able to communicate well with them. It's also a requirement when you fly to other countries because English is the official language of Aviation all over the world.
The next subject is Math, pilots make a lot of calculations so it's very important to be able to add, subtract, multiply and divide. As a pilot you must know how your aircraft is going to perform for every take-off and landing. To be able to calculate the performance, you must first know how much your airplane weighs. It's called a weight and balance calculation; which involves adding the weight of the airplane, the passengers, their baggage and the weight of the fuel. The Commonwealth has two King Air 350 aircrafts that use jet fuel that weighs 6.7 pounds per gallon. The fuel tanks can hold 544 gallons of fuel. A little multiplication tells me that when the tanks are full, I will have 3645 pounds of fuel. So you can see math is an important part of being a pilot.
Geography is important too. When you are a pilot flying around the sky, there aren't any road signs to tell you where to go. Geography will help you to read and understand maps so you will always know where you are and where you are going.
Another important subject is Health. You need to have a good understanding of how the human body works. As a pilot, you get to fly at very high altitudes and you must understand how the lower pressure at altitude affects the human body.
The final subject to study is Science. As a pilot you need to know what makes an airplane fly (Bernoulli's Principle) and how wind and clouds are created (unequal heating of the surface of the Earth). As my science teacher used to say "If it's fun, it's physics!"
Now that we have covered the basics we can talk about training to become a pilot. The way that most pilots earn their wings is by going out to their local airport and taking flying lessons with a flight school or a flight instructor. This process is regulated by the Federal Aviation Administration. The FAA was created so there would be one standard set of rules instead of 50 individual sets to follow. These rules are listed in Title 14 Code of Federal Regulation parts 61 (pilot certification), part 67 (pilot medical requirements) and part 91 (operating rules). There are other parts that deal with airlines and aircraft maintenance as well.
Most people start flying with an "Introductory Flight" where a flight instructor will take them up in an airplane for about 30 minutes to show them what it's like to fly. After that a person starts taking regular lessons where they learn about aerodynamics, navigation, communication, regulations and the required maneuvers to earn your pilot's license. When you have gained enough of the required experience(minimum of 40 hours), your flight instructor will sign your logbook stating that you are ready to take the test to become a pilot. You then take a checkride with a Designated Pilot Examiner who will test your knowledge and skills. When the DPE has determined that you are a safe pilot they will issue your pilots license and you will have officially earned your wings.
I hope this information helps with your project and please feel free to write back with any questions you might have. 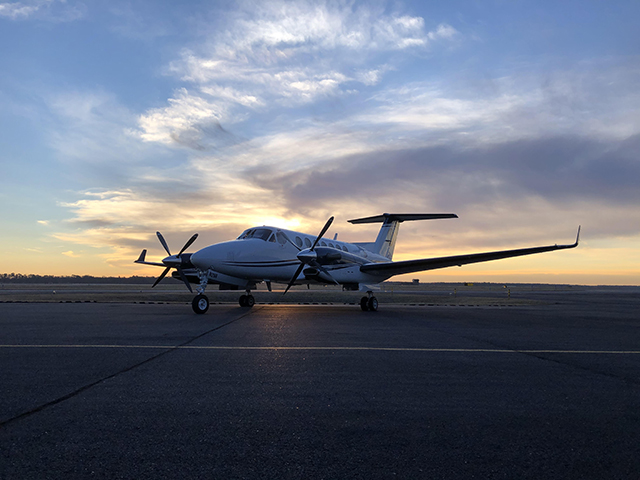