Since the end of March, the National Air and Space Museum has been closed for an almost billion dollar renovation that has been ongoing since 2018. On October 14th, their doors will reopen to the public with many new exhibits, artifacts, and stories. Melanie Clifford, the Program Manager for Transformation for the museum, said the renovation is, “a whole different way of seeing air and space.”

While the museum’s guests are inclined to look skyward for aircraft, they will notice that many exhibits are closer to the ground and much more intimate. This intimacy applies throughout the museum. You can still walk around the original aircraft, the 1903 Wright Flyer, but Orville is no longer looking down - but straight into your eyes through the canards of the plane. The suspended aircraft surrounding the DC-3 in the America by Air gallery make you hold your hat down as they seem to be racing by you. When you see your reflection in the golden record duplicate that is on the two Voyager spacecraft you cannot help but imagine the alien face that might one day do the same thing.

During his opening remarks, Director of the National Air and Space Museum Christopher Browne, remarked on one of the realizations he had when he first came to the museum: “We’re really in the business of telling stories, people’s stories, and how they connect to the artifacts and technology.”

These stories are strewn throughout the museum in a subtle but compelling way. In the same room as the Apollo 11 command module is the medium sized sewing machine that assembled the space suits for the lunar program. In the background is a recording of one of the seamstresses from that time, watching her handiwork walk across the Moon.  Sharing a room with the nation’s first fighting aircraft - the 1909 Wright Military Flyer – is the unassuming white, cloth parachute of Tiny Broadwick. Aptly called Tiny because she was five feet, 85 lbs., she was the first woman to parachute out of a plane. She did this at a time when it was rare even for military pilots to fly with parachutes.

Because they need a little something for everyone, one of the museum’s newest sections is their exhibit, Nation of Speed. There are several cars and motorcycles on display, including Richard Petty’s 1984 Pontiac, Evil Knievel’s Harley Davidson, and the Sonic Wind rocket sled. This rail affixed sled propelled Lt. Col. John Stapp to 632 MPH using nine solid rockets with 40,000 lbs. of thrust. Unlike the recreational endeavors of Petty and Knievel, Stapp was exploring the effects of extreme acceleration on the body for aerospace medicine.

Arguably the most famous spacecraft that have never flown now have a home at the air and space museum. A full sized X-Wing – complete with C-3PO – was used in the filming of Star Wars: The Rise of Skywalker and now hangs in front of the Albert Einstein Planetarium. Not to be outdone, Star Trek’s studio model of the starship Enterprise greets visitors in the lobby. While Star Trek only lasted three seasons, from 1966 – 1969, it nonetheless was one of the most influential science fiction shows in television history.

The National Air and Space Museum is issuing free tickets for timed entry. More information can be found on their website at airandspace.si.edu. The museum is slated to complete renovations in 2025. 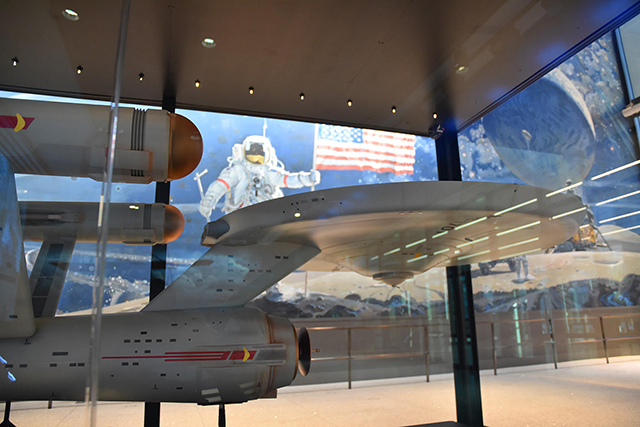 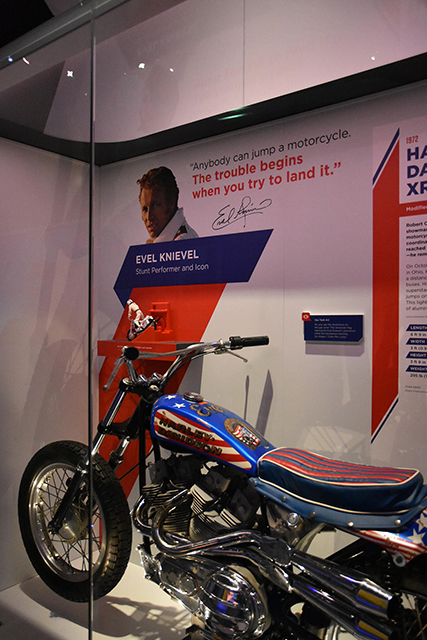 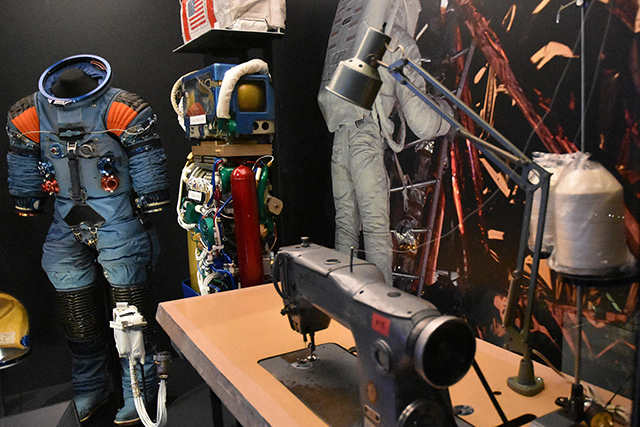 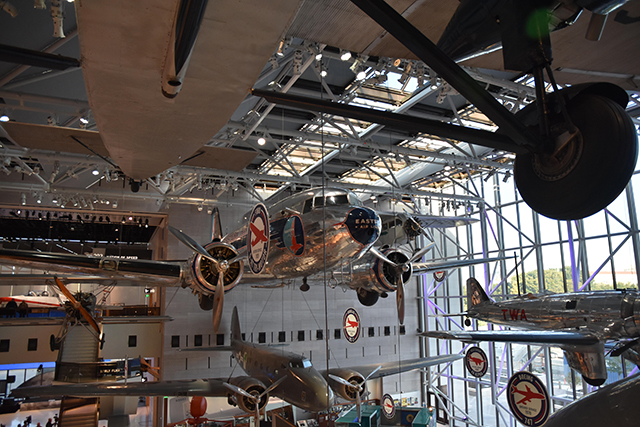 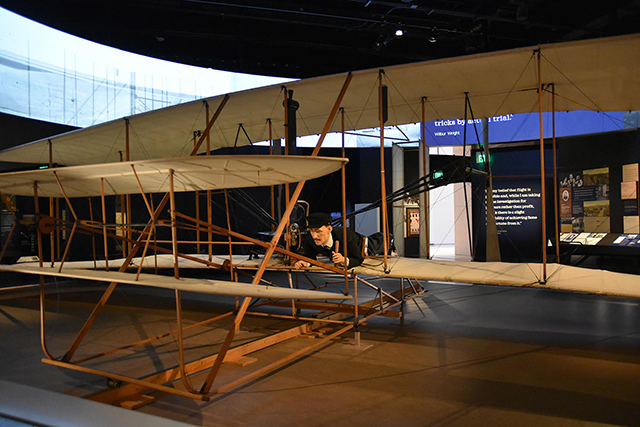