Spencer was a pioneer in aviation for African Americans and was a founding member of the National Airmen’s Association of America. The Lynchburg native made it possible for people of color to be trained at Tuskegee Army Airfield during World War II, creating a group that is known as the Tuskegee Airmen. His efforts paved the way for the integration of the military and ultimately helped to outlaw legal discrimination.

The statue is sponsored by the African Americans in Aviation Traveling Museum. Spencer’s family was present at the unveiling program as Chauncey Spencer II had a hand in the process of his father’s statue. He hopes that his father’s legacy will be remembered and future generations will build on his efforts.

“It’s very important to me because after he died in 2002, I saw where our history was being lost as the hero’s die so do their voices, Spencer II said. “I decided to be a voice for those the shoulders that we all stand on that nobody’s history, and nobody’s legacy will be left behind. There will always be the next generation to continue that history and we will be the voice of the past in order to build a better future.” 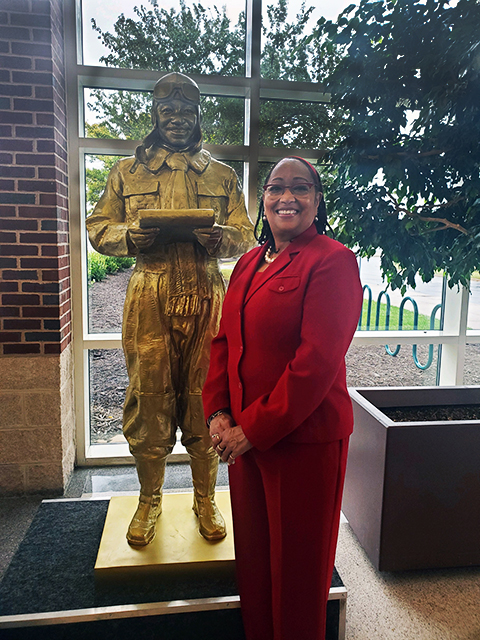