The Virginia Department of Aviation announced that Vernon Carter has been named as the Director for the Airport Services Division.

Carter joined DOAV in 1991 as a civil engineer and has advanced through the ranks to Manager of the Security and Facilities section and most recently Interim Division Director. He brings a wealth of knowledge of the Commonwealth’s aviation system and hopes to build on the success of the department and carry on the strong tradition of Virginia aviation.

“I look forward to continuing the good work that has been done in the past to get us where we are now,” Carter said. “This agency and our state has had great respect and admiration from our peers in other states. I hope I can continue to keep that tradition out there and to enhance it with the introduction of new opportunities with technology.”

Virginia Department of Aviation Director Greg Campbell said, “Vernon brings understanding and knowledge of the division’s various programs and responsibilities as well as a strong background of proven leadership, fiscal management experience and perspective to this role. Over the years, he has developed a wealth of knowledge of the Commonwealth’s aviation system and its stakeholders, which is important to the continuing growth of the division and agency.”

Carter began his career as a drafting technician with VDOT before moving to the private sector doing civil engineering drafting at Timmons. In later years, his section focused on design work and commercial site development. Carter was then looking for a new opportunity and saw aviation as something different.

Since joining the staff at DOAV, Carter has been involved in many large scale projects at Virginia airports. He enjoys the variety of involvement in various aspects of aviation, including working with people, airports, environments and localities. With projects spread throughout the Commonwealth, Carter has the opportunity to see the different sites, areas and regions.

As Director for the Airport Services Division, Carter now has oversight of the Planning and Environmental Services, Engineering and the Security and Facilities sections. His role shifts from the specifics of dealing with the navigational aids and the security and maintenance program to all aspects of what each section does.

With the introduction of drones and ultimately the Advanced Air Mobility (AAM) element rising up, the airport environment is changing. Carter is excited to see where it is going to take our aviation system and how he can work to meet the challenge.

“I look forward to finding a most beneficial way for any of that new technology to be integrated into the system that we currently have to make it even better,” Carter said. “To be a part of what direction it’s going to take has a great interest to me.” 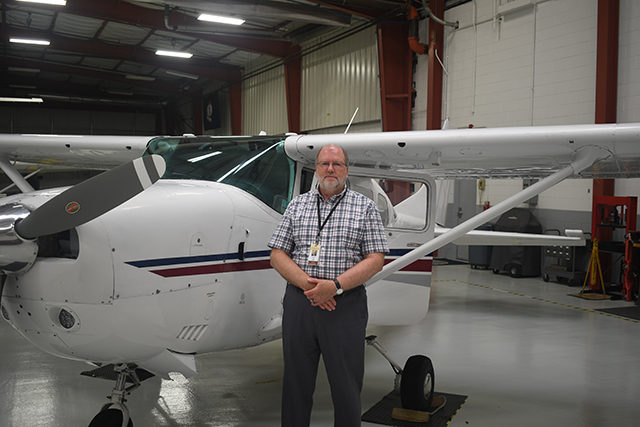