Hundreds of Civil Air Patrol (CAP) cadets from across Virginia are enhancing their minds and strengthening their bodies this week during an eight-day encampment at Blackstone Army Airfield.  The cadets are taking academic classes as well as outdoor adventure experiences that include rappelling from a 50-foot tower, ropes courses and the highlight activity of an orientation flight in one of the CAP’s aircraft.

The Virginia Department of Aviation provides 87% of the annual operational funding for the Virginia Wing of the CAP, which has more than 1,000 cadets in squadrons across the Commonwealth. 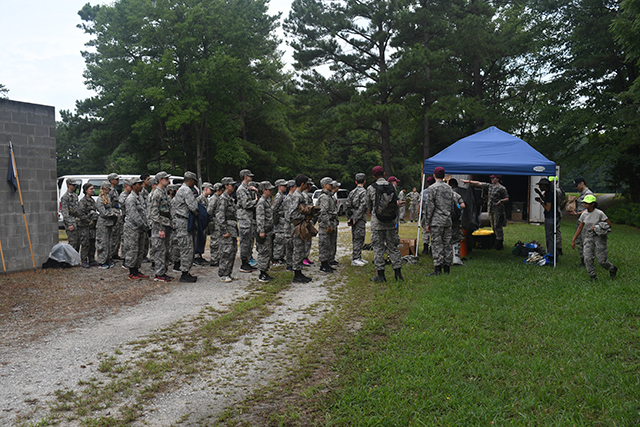