The Shenandoah Valley Airport was bustling with activity on the runway this past Sunday, October 17. Over 330 runners participated in the 4th annual Run the Runway 5K and Fun Run, which helped raise funds to benefit the Explore More Discovery Museum aviation exhibit in Harrisonburg.

The event was a great introductory experience to spark an interest in children and adults about pursuing aviation as a career path in the future. After having to hold the race virtually last year due to COVID, it was an enjoyable time for all to come together and run the race.

“Everything went really well and people seemed to have a great time,” Heather Ream, Director of Marketing & Communications at the Shenandoah Valley Airport said. “We really enjoyed having the event for our community. It was really nice to be back to in-person events. We did packet pick-up outside trying to stay as safe as possible. It was good to be able to welcome people out to the airport after having to go virtual last year.

The race course was held on the flat surface of the taxiway and runway at the airport, which made it very accessible for all age groups and abilities, including those using strollers or wheelchairs. The Fun Run was open to children ages 3-12, while the 5K had participants of all ages. It was the first experience for many to actually be out on a runway and be exposed to aviation.

“This event is done in conjunction with the Explore More Discovery Museum,” Ream said. “So, all of the proceeds for this event support their aviation exhibit. By partnering with the museum, this is an extension of what they are doing getting kids out at a real airport. They are really good stewards of the funds that we are able to raise for them through this event.”

Over the past four years, the Shenandoah Valley Airport has donated more than $50,000 to the Explore More Discovery Museum through funds raised in the annual Run the Runway 5K event. The partnership has helped create further enhancements to the aviation exhibit, so that visitors can participate in unique hands-on experiences to learn about different aspects of aviation, such as being a pilot, aircraft mechanic, aircraft controller and passenger.

“The whole goal of partnering with Explore More Discovery Museum on their aviation exhibit is to expose kids at an early age to all the different areas of aviation,” Ream said. “If children aren’t exposed to it then they certainly can’t consider it as a possible career path. I think it’s very effective in both parents and youth who have not been exposed to aviation to really get a feel for what it’s like to be a pilot when they are inside the cockpit of the King Air exhibit, how air traffic control works in the traffic control tower and lots of little hands-on things they can do related to aviation.”

Explore More Discovery Museum has big plans for what it will add in the future to the aviation exhibit. One of the things they are planning to install using some of the funds from this year’s event is a Bernoulli Blower, which kids can use to experience airflow. There will be different kinds of wing objects and children can put their hands into where the airflow is and learn how it works and the whole physics of flight.

“With the proceeds from this race and future races, the next two big projects for this exhibit are the installation of a Bernoulli Blower and a TSA security screening area,” Kelly Snow, Director of Development at the Explore More Discovery Museum said. “The TSA area will make it so kids can pretend to go through security or be the security agent.”

The aviation exhibit at the Explore More Discovery Museum has grown in leaps and bounds since its staff first started developing ideas for the exhibit in 2016. A large part of that growth is a result of the funds raised in the Run the Runway 5K event each year. Based on recent success, both parties plan to continue holding the race in the future.

“We certainly hope that the event will continue,” Snow said. “It seems to be a positive experience for everybody involved and it’s a really fun way to raise some money for the museum.”

Run the Runway helped stir up plenty of excitement in participants about opportunities to learn more about flight. A short run down a taxiway could very well have been the first steps towards lifelong careers in aviation. 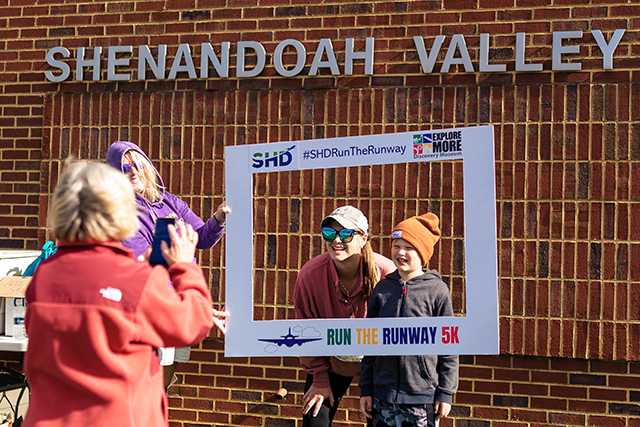 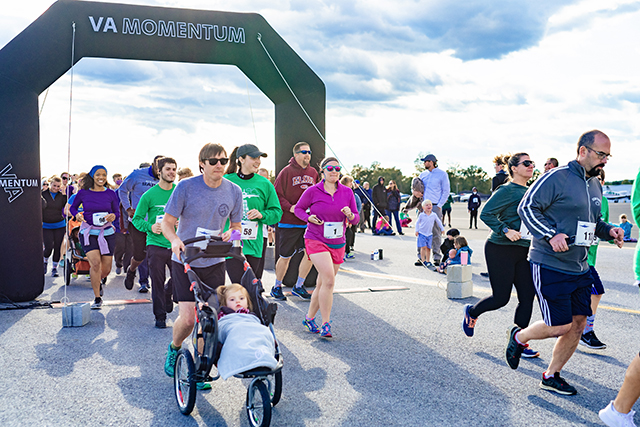