Two small aircraft crashes in two days are being investigated by the Virginia State Police.

Monday morning, a single-engine Jabiru J170-D veered off the runway and struck a hangar during landing at the Winchester Regional Airport.  Investigators believe the aircraft was landing when it struck an aircraft hangar around 11:40 a.m.  (Photo below courtesy of the VSP.)

The 49-year-old pilot suffered minor injuries and was treated at Winchester Medical Center.  State Police said no one on the ground was injured.

On Sunday morning, a Glasair kit-built aircraft had problems with its landing gear at the Williamsburg-Jamestown Airport.  No injuries were reported in this incident, and no additional details have been released. 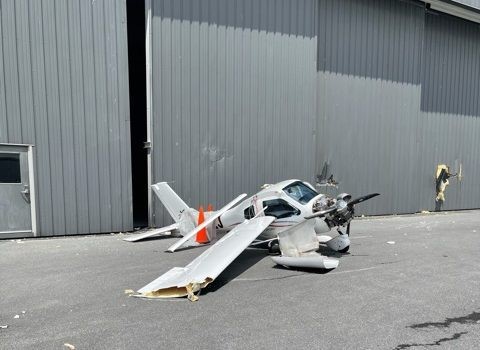