The Virginia Aviation Board Meeting was held on August 19 – National Aviation Day – and two Virginia Airport Managers were recognized for their outstanding career in aviation and for their long serving roles in the Commonwealth.

Larry Waltrip was presented with a resolution from the Virginia Aviation Board for his 50 years of professional excellence as the airport’s Owner and President. Larry Waltrip with his late wife Jean Waltrip, has been the Williamsburg Jamestown Airport Owner/President since September 1970 and the airport is the primary General Aviation airport serving the nation’s ‘Historic Triangle’ and the surrounding area.

Mr. Waltrip oversaw 50 years of numerous capital projects and many facility enhancement projects that showcased the airport as an efficient and progressive privately owned public facility. He also led a $1.3 million apron and taxiway rehabilitation effort that concluded in 2019 and is now leading the development of a new row of T-Hangars.

Robert S. Bowen was presented a resolution for his dedication in serving as Executive Director for Norfolk International Airport since the year 2016. Mr. Bowen has served in a number of increasingly responsible positions at the Norfolk Airport Authority since 1988 and has been instrumental in the Airport’s development to enhance facilities to better serve the transportation needs of the citizens and businesses of eastern Virginia.

Mr. Bowen oversaw 120 capital projects worth more than $170 million since 2016 and initiated many facility enhancement projects that showcased the Airport as an efficient, modern and progressive public facility. Mr. Bowen’s leadership of the Airport includes oversight of airport planning and construction, operations and maintenance, finance and administration, marketing, public relations, and air service development.

Mr. Bowen has worked a total of 45 years at Norfolk International Airport and has announced his retirement effective March 1, 2022. The Virginia Aviation Board expressed its sincere gratitude for his exemplary service and extends its best wishes for a long and healthy retirement. 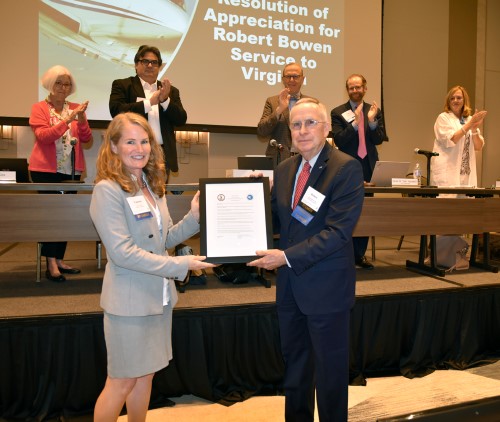 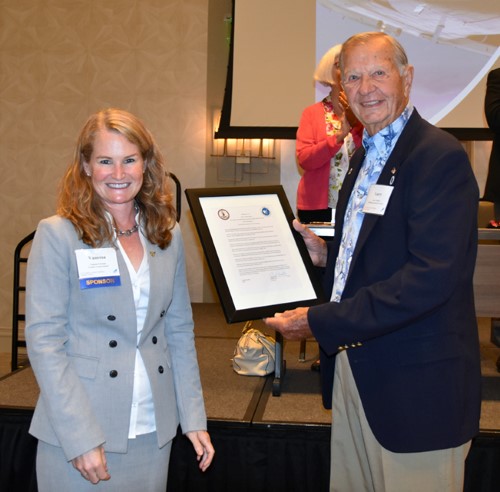