On August 18, 2020 Chase City Airport made history by raising one of only two VFR mail towers in existence in the US.  The Virginia FAA will make this a historical airport for this structure in the near future. The tower was taken down to be refurbished and was recently raised this week. The tower includes a beacon that will still function as a tool for pilots to identify their location.

The tower was used as a VFR visual tool for the mail pilots to fly from DC, Richmond, on to Greensboro, Charlotte and then to Atlanta. The beacon also was used as a drop off point for mail from the air and there was no landing. The target was the area around the tower. Only two exist at this time and the other tower is located in Montana.

There is a beacon on display at the Smithsonian, but no tower. It was strictly VFR flying by using the horizon and visual check points on the ground. The mail carriers in Raleigh flew over the railroad tracks at 300’ from Raleigh to Richmond, vice versa and then on to Washington. The most dangerous flying was here along the east coast and the Appalachians due to high mountain tops, fog, ice, wind, and weather from the Ohio valley.

Photographs were provided by the Town Manager Charles “Dusty” Forbes. 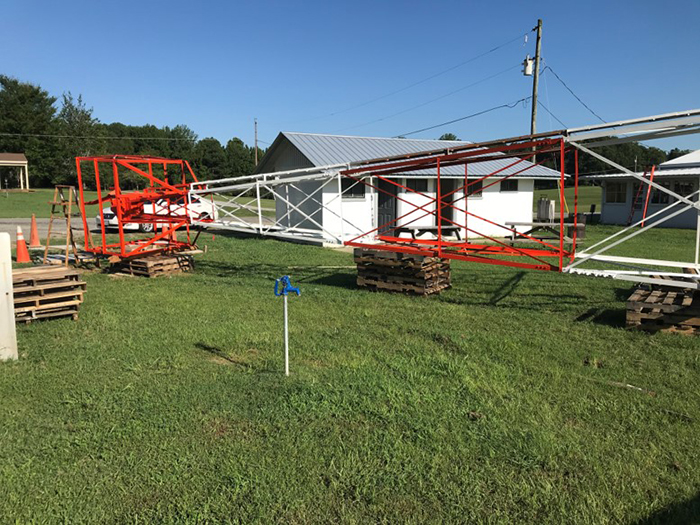 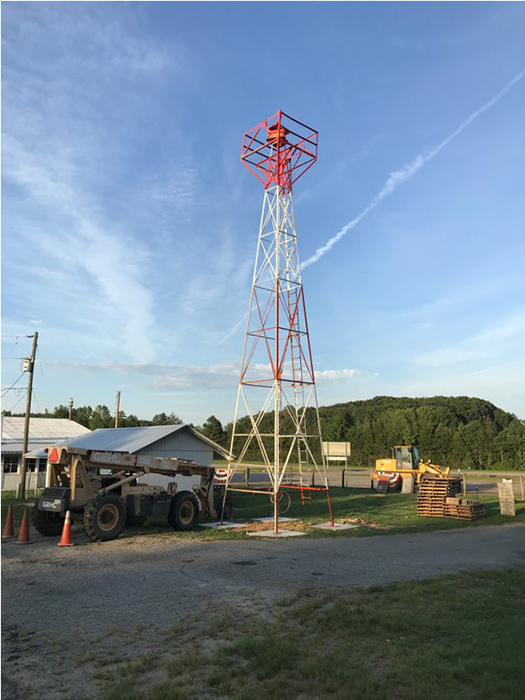