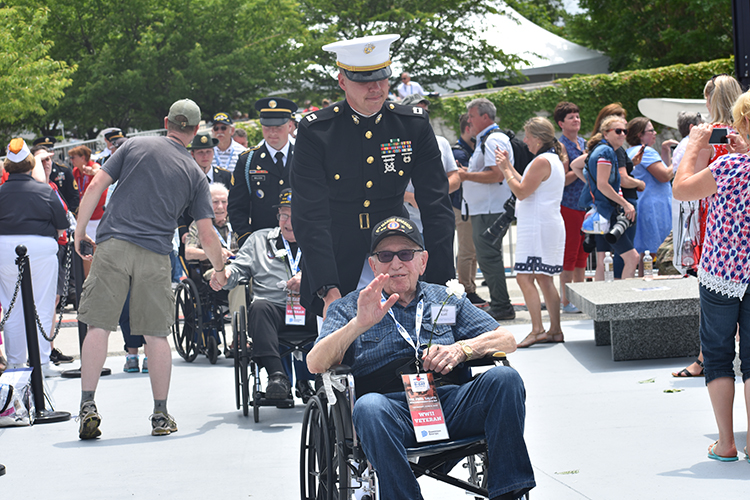 June 6, 2019 marked the 75th Anniversary of D-Day and PR Specialist Kim Wells was at the National Memorial in Bedford to cover the event. The sound of historic aircraft resonated above the audience as the variety of planes took turns flying over the memorial in a fantastic display that was narrated by the famous air show announcer, Rob Reider.

Prominent military and government figures were present to speak to the audience, read journal entries from soldiers who never returned home as well as thank the veterans that were in attendance. It was very humbling to be in the presence of the greatest generation and to see the smiles of gratitude on the veteran’s faces when people shook their hands and thanked them for their service and sacrifice.